UNEMPLOYMENT, LACK OF SKILLS AND EDUCATION FORCE MANY AFRICAN WOMEN INTO PROSTITUTION 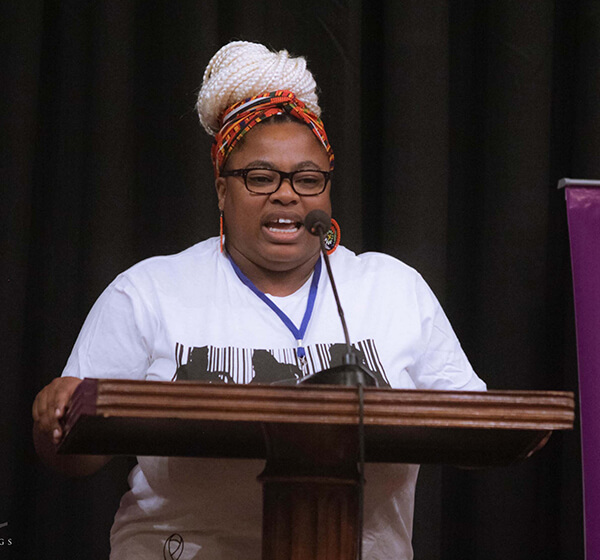 For many poor, black and unskilled women in South Africa entering the sex industry is not a real choice. Instead it provides immediate employment and a means to take care of their families. However, it’s also a decision that is often shrouded in secrecy.

This was the case for *Thandiswa (not her real name) when she lost her job as a seamstress in Wynberg, Cape Town, a few years ago. She had just given birth to her second child and needed to find money to survive.

Her relationship with the father of her newborn daughter disintegrated soon after and he kicked Thandiswa out of his shack that they were sharing in the township of Gugulethu.

“I was earning R4 500 a month and then I had nothing,” says Thandiswa.

With that money, she could take care of herself and also send money home to her mother who was taking care of her firstborn daughter in Port Elizabeth.

“I couldn’t stay with my boyfriend anymore but our daughter stayed with him. A woman that I knew gave me a place to stay. She told me I could stay for free but I just needed to buy food and electricity,” says Thandiswa.

She told one of her friends that she was looking for a job. One night, the same friend took her to a pub in Voortrekker Road in Bellville.

“She didn’t tell me we were going to do business (selling sex). One guy called me over (at the pub) and took me to his place to have sex,” says Thandiswa.

“Then he gave me money and took me back to the pub. I asked my friend what this was about. She told me this was the business. So I started to sell my body,” says Thandiswa as she explains how she first started selling sex.

Thandiswa says prostitution put her on her feet again.

“Suddenly my life was good because I had a lot of money. Some nights I made R2 500 and I had ten clients a night. If I wanted to go to Port Elizabeth I could do it immediately,” she says.

“Everyone knew that I had money but they didn’t know I was a “prostitute”. They didn’t ask where I got the money. If people know I’m a “prostitute” they would judge me and I would lose my dignity.”

For years, Thandiswa held three bank accounts, each with money in it from selling her body.

“I was supporting my two children. I needed to work to support them,” she says.

By 2015 she had saved enough money to buy her own shack for R14 000 in Gugulethu. While it might sound like Thandiswa was living the high life, prostitution was far from it.

“When you work as a “prostitute” you are walking on the streets the whole night. You are not sleeping and you get tired. You are sleeping with many men. You can get diseases. Guys who come to you force you to have sex without a condom,” says Thandiswa.

“Some men have sex with you and don’t give you money. Some men leave you in the middle of nowhere in the night. Some men beat you or take all your clothes off.”

This is exactly what happened to Thandiswa one night when a client took her clothes and left her naked in the street. Luckily for her, a passerby was willing to help by offering her something to cover herself up with.

“Life on the street is not good. Some women have died on the streets because clients beat them. I don’t know why men treat “prostitutes” so badly.”

“The police do not arrest the men. They should arrest the men too, because if men didn’t [buy sex] then prostitution would stop. Nobody would sell their body.”

The turning point for Thandiswa came when she was arrested for prostitution and spent two months in Pollsmoor prison.

“Being in prison wasn’t nice at all. After that, I decided to do some training in housekeeping and I found a job at a hotel. I didn’t want to go to jail again,” says Thandiswa.

It has not been an easy road though.

“My contract at the hotel ended and I have been looking for a job since 2016. I also did some more training with NGOs to get more skills but I haven’t found a job yet.”

“I’m submitting my CV to a lot of places but can’t find a job. I want to earn money so I can support my children again.”

Thandiswa says her life has changed a lot since she stopped working as a “prostitute” and her views on it have changed too since she started going to church again.

“My friend who took me to the pub also stopped working as a “prostitute”. We now go to church together,” says Thandiswa.

“I’m not judging them (prostituted women). I did it because I was desperate for money. But I think it’s better to leave prostitution. I’m very happy now that I’m not a “prostitute”.”

She adds: “I think most women who are “prostitutes” don’t really want to do it. Some have done it for a long time and don’t want to change. But you can’t work on the streets for so many years.”

Photo: Grizelda Grootboom (pictured) became the public face of prostituted women in 2016 with the release of her book EXIT!, which shares her harrowing tale of being trafficked for sex in Johannesburg. Grizelda was able to share that story thanks to the support she received from Embrace Dignity to help her put that story into words. Through our #ListenToSurvivors story series we hope to do the same for many other women whose stories have not yet been told.

Your ticket for the: UNEMPLOYMENT, LACK OF SKILLS AND EDUCATION FORCE MANY AFRICAN WOMEN INTO PROSTITUTION

UNEMPLOYMENT, LACK OF SKILLS AND EDUCATION FORCE MANY AFRICAN WOMEN INTO PROSTITUTION