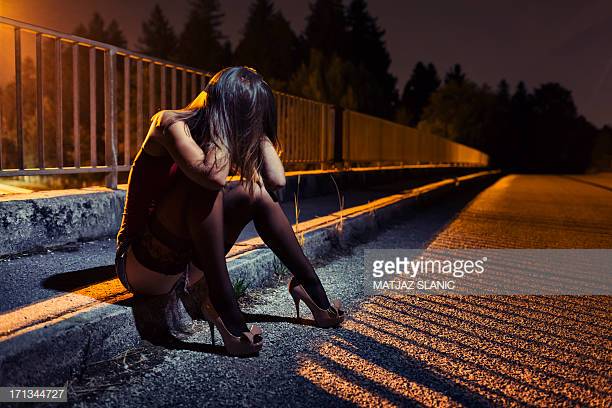 I do not want my children to follow up my footsteps.

I got into the system of prostitution when I was 13 years of age to assist my mother who was also at the time in the sex trade to raise my four younger siblings. Even though my mother was in the sex trade, life was not easy and we struggled a lot hence I had to also stepped in and assisted.

After my mom passed away, my life became so difficult that I ended up marrying a person who was a thief.  Being married to a criminal was not easy at all, that is what most of us women in prostitution are exposed to; eventually my husband was murdered leaving me with children to take care of.

This whole situation forced me to go back again to the street to sell my body in order to take care of my children. Prostitution has undermined my dignity so much that I am not even respected and I’m called names such as marhosha –  that what women who sell their bodies are called , sefebe – a whore etc in front of my children.

For most women in prostitution including myself, prostitution is not a free choice but a choice some of us had to make because of circumstances and those vary but in my case, it was poverty and seeing my mother doing it.

My mother was in the sex trade for many years yet she died having nothing and I came out of it empty handed hence because of this my siblings didn’t managed to finish school and our mother left us homeless, it is definitely not a future we can offer our girls as a profession.

The system of prostitution must end now; we need to deal with our poverty and to protect our dignity now. The life I live is not a life I’m proud of, we face many challenges in the streets with the buyers. They beat us, murder us and rape us and we are afraid of going to the police because they also do not take us serious.

PROSTITUTION IS VIOLENCE AGAINST WOMEN.

Your ticket for the: NOKWANDA’S STORY: PROSTITUTION IS VIOLENCE AGAINST WOMEN