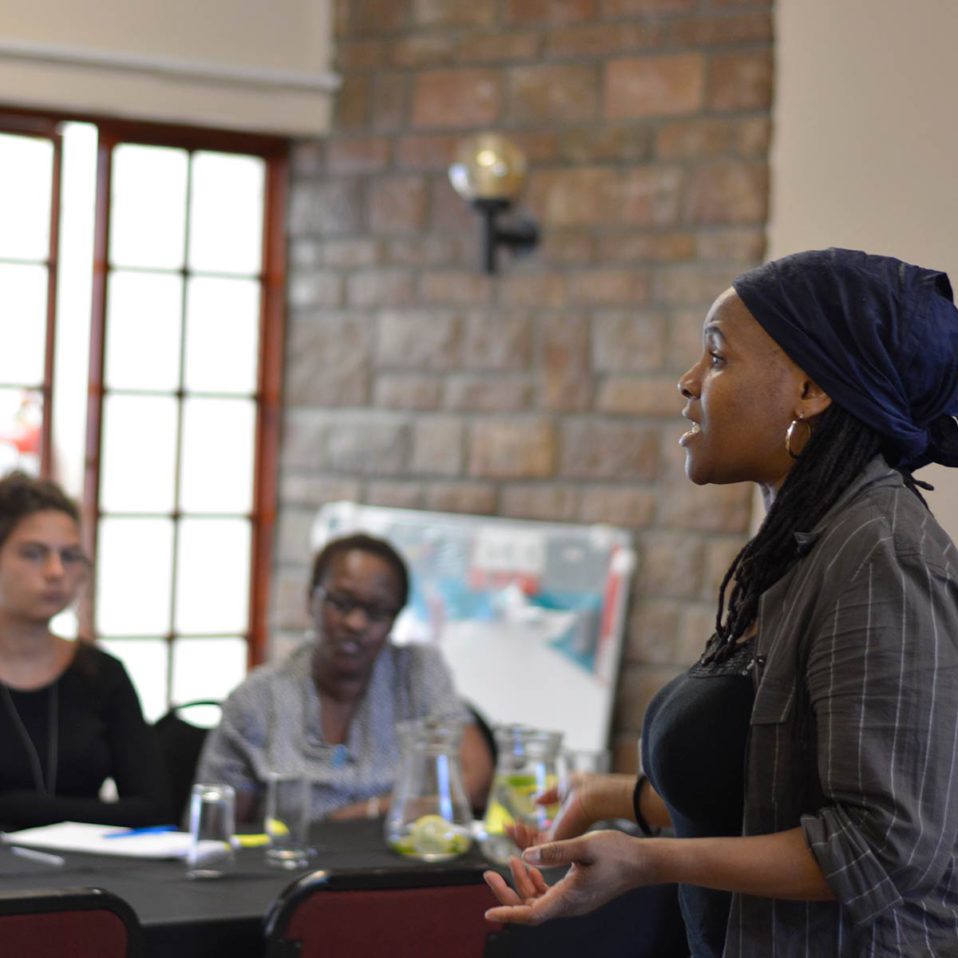 For Embrace Dignity, a South African feminist and human rights NGO based in Woodstock, the realities that vulnerable women and young girls face every day as they are prostituted and trafficked on the streets of South Africa, necessitates action that extends far beyond the 16 Days of Activism for No Violence Against Women and Children each year.

Prostitution is one of the most brutal forms of male-perpetrated sexual abuse and thrives on men’s entitlement to women’s bodies. Current South African law makes the purchase and sale of sexual acts illegal, however, while some police officers are known to arrest and brutalise prostituted women for loitering, buyers are rarely arrested.

For these reasons, Embrace Dignity is advocating for an Equality Law that is  based on the Nordic Model – which criminalises the purchaser of sex and decriminalises the seller – but also recognises the South African context of poverty, unemployment, poor education, violence against women and a high drop-out rate amongst learners.

Statistics show that the overwhelming majority of those sold in South Africa’s sex trade are local women and women trafficked from other countries. Police incident reports indicate that women in prostitution are often beaten, raped, abandoned and isolated. Post-traumatic stress disorder (PTSD) is common. A study conducted amongst a group of prostituted individuals in South Africa found that 75% of the women in that group reported experiencing symptoms of PTSD.

“Passing the Equality Law to end prostitution is only the beginning of a greater shift that needs to happen within South African society, where the stigma and accountability must shift from prostituted people to their abusers and where the law must target the demand, realising that if there is no demand there is no business. We cannot prosper as a country while women and girls remain in bondage,” explains Nozizwe Madlala-Routledge, a former Deputy Minister of both Health and Defence and the Founder and Executive Director of Embrace Dignity.

“We actively pursue and support a law on prostitution in South Africa that recognises that prostitution is a form of violence against women, that it undermines gender equality and ends up perpetuating patriarchy. This is why we are advocating for the Equality Law. ,” explains Madlala-Routledge.

Over the years, Embrace Dignity has helped women exit prostitution by referring them for counselling, offering them skills training opportunities, providing them with small business development support and connecting them with education providers to access study opportunities. They have also offered assistance to survivors by supporting them to establish initiatives like the Survivor Empowerment and Support Programme (SESP) and by building a survivor network called Arise.

One of those women who have been supported by Embrace Dignity, is Grizelda Grootboom, the author of EXIT, a book that depicts her ordeal as a prostituted and trafficked person in Johannesburg over a period of 12 years. Grootboom’s story, which was published by Jacana in 2015, has put a face to an often hidden “industry” operating in the shadows of society. Currently, Grizelda works as a public education and motivational speaker for the Gauteng Department of Health and in Advocacy and Public Education for Embrace Dignity. But more than a decade ago, she found herself being trafficked by a friend whom she had trusted.

Carted between her mother’s home, shelters and orphanages while growing up, Grootboom found herself on the streets at 18 after being asked to leave the shelter she lived in as  she was now considered an adult by the state.

“I was desperate to find work and a place to stay and my friend offered me a chance to do that. There were no signs that she would misuse me and that is the most painful part when I think about it.”

When they arrived at her friend’s apartment, she told Grootboom to stay put while she popped out to get them something to eat. A few minutes later, Grootboom found herself surrounded by a group of men who started kicking and punching her and eventually took turns raping her.

“At first, I thought the house was being robbed, but then, when it continued for days and my friend did not come home, I started feeling like I deserved it because of the life I had lived on the streets, where you needed to be tough and hard to survive.”

While Grootboom had lived on the streets for a while, she had never sold her body in exchange for money. However, her story of neglect, abuse and violence started long before she arrived in Johannesburg.

As a child, she grew up in District Six and then Woodstock, but later found herself on the streets. Not too long after, she moved to Khayelitsha to live with her mom who at the time was living with her boyfriend. In Khayelitsha, Grootboom struggled to overcome the language barrier within her newfound community and had to adapt to walking a distance from her home to use shared ablution facilities. One night while walking home after fetching water, she was gang raped.

For the next few years, she would move between the streets and shelters, leaving whenever the house mother would mistreat her and spending time with the local gangsters, who she says at least offered her protection. Soon she was using drugs to get by in this harsh world.

Her ordeal in Johannesburg many years later, would however catapult her into a ruthless world where women are treated worse than second-class citizens. First she was locked up in a room where men would come in throughout the day and do whatever they pleased with her. Soon after, she was moved to the streets during the day to sell her body and locked up in brothels at night, where she was made to have sex with men for money for over three years. In that time she was also moved from province to province, but always under the watchful eyes of the pimps who owned her.  At 26, she was living in Port Elizabeth under the control of a madam, who owned a brothel in this city. It is here where she fell pregnant and started envisioning a different life for herself.

“I was pregnant with a baby girl, who I decided to call Summer. I chose the name, because I used to walk out of a brothel or a hotel in the early hours of the morning after being subjected to the most horrible things and watch the sun rise and feel the warmth of the sun on my skin and think to myself, this was a new day, I could change my life.”

Her pregnancy did not offer her any reprieve – she was still expected to prostitute her body – but she became determined to find a way out. At six months pregnant that hope was shattered when she was drugged and her baby forcibly removed by her madam.

“When I woke up, I saw her lying in some rags – she had died. This little person, who had become a symbol of the possibility of a new life, who was supposed to give me life again, she was gone. That was when I finally felt that they could do whatever they wanted with me. I was done.”

The next day, she was sent back to the streets and spent four years building up the capacity and support network to leave.

One of the biggest misconceptions, says Grootboom, is that people often think that prostituted persons want to remain on the streets. Leaving means evading pimps, uprooting yourself and often those who are supposed to protect the vulnerable end up violating them even more.

As part of our commitment to end the kind of violence that many women like Grootboom are exposed to on a daily basis,  Embrace Dignity will launch the 16 Days of Activism for No Violence Against Women and Children by:

Sharing the work that we do in support of women who wish to exit prostitution.

Your ticket for the: Embrace Dignity calls on South African government to end prostitution