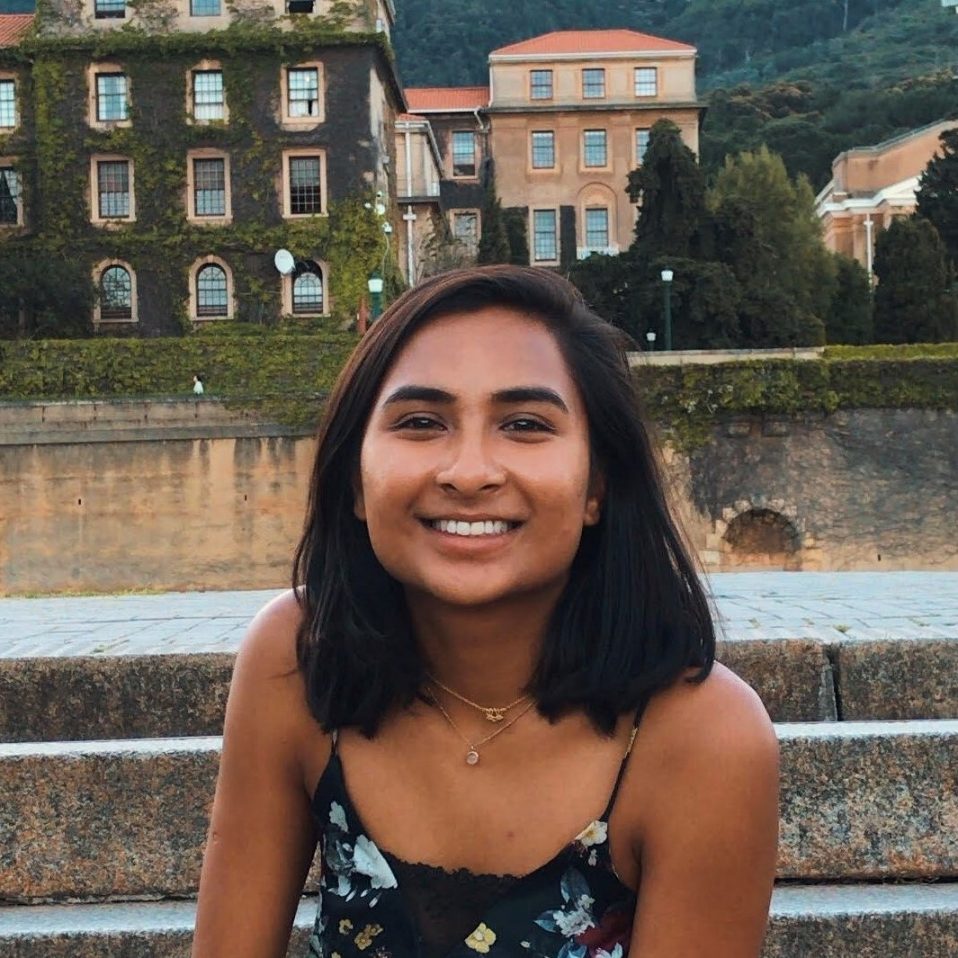 My name is Meera Govind and I am from the UK. I graduated in June 2018 with a degree in Criminology. As I am originally from Zimbabwe, I’ve always had an interest in working in an African country. I started work with Embrace Dignity in October 2018 hoping to gain some valuable experience into the world of an NGO & was lucky enough to have continued for 9 months. This opportunity shaped my future career & lead me to pursuing further studies into Policy and Diplomacy.

My interest in human rights, specifically women’s rights had grown in my final year at university. This pushed me into finding an opportunity that would further my understanding about an NGO environment; their policy frameworks and how effective their approach stands.

Having the opportunity to work for Embrace Dignity gave me in depth knowledge of how flawed legal systems can be when it comes to fundamental human rights. ED’s goals involve abolishing the system of prostitution; challenging gendered power inequalities; actively advocating for a partial decriminalisation law (the Nordic Model) and recognising the violence that prostitution holds against women by supporting survivor’s leadership. I developed an immense passion towards legal advocacy through the lens of this NGO. I became more aware of the importance of always engaging and asking questions, debating challenging ideas and advancing my research skills specifically with South African law. Immersed in this environment with individuals that work towards an empowered feminist movement, defined the work I wanted to pursue that pushes towards focusing on victims of extreme exploitation. Assessing the importance of policy recommendations, I referred to the government’s political power and their decision making process. This line of work deals with the vulnerable people of society which can be tough to be in. However, I focused on a positive note and realised why this NGO was so significant, it was there to radically change their reality.

Once I found the projects that I was passionate about, Embrace Dignity was able to trust me with it and always took my opinion into consideration when coming to a final decision. I was always eager to engage on various other projects. This led me to establish a great relationship with the team.

Actively working on the law reform projects allowed me to explore elements surrounding South Africa’s legal framework on prostitution by linking the agenda of prostitution to South Africa’s Constitution & Bill of Rights and the Sexual Offence Act. Through evaluating these documents, I was able to further draft a policy brief.  From a cost-based analysis, I debated several factors that outlined the social and economic cost the state required to cover if they prostitution was permitted. With assistance from a law firm, we addressed prostitution under International Human Rights Law. We outlined the African Unions position on prostitution which assisted us in creating an updated legal document for the organisation. Additionally, I was also assigned to a variety of other tasks that included creating a list of referrals of organisations that ED can communicate in each province that sisters are based in; creating a 5 year plan that ED wish to achieve with reference to the CAP International golden rules and being present in a variety of meetings that focused on an coherent exit strategy model for victims. Additionally, for ED’s Annual General Meeting I had a management role that created and sending out invitations, allocating team to certain tasks, sorting out transport and accommodations for sisters flying in to speak.

Having the opportunity to work closely alongside the Executive Director on her papers and presentations for conferences, I grasped a theoretical perspective towards legal advocacy. Incorporating complex themes of patriarchy, the economic necessity of consent and the intrinsic harm involved were critical when assessing the harms of prostitution. I progressively drew on my own experiences from my dissertation and synthesise elements with that of leading academics. Catherine Mackinnon and Melissa Farley’s work provided a central focus when articulating key disputes such as choice and agency; child and adult prostitution.

Observing a social movement and how it engages with a policy process towards gender equality and cultivating how NGO’s strategized their tools, has further deepened my interest in world affairs. By interpreting political member’s actions and their alliances that puts global and regional challenges at the forefront of their mission, broadened my knowledge of policy in the eyes of an NGO.  I feel grateful to have worked with such a great team for a radical purpose and look forward to the change Embrace Dignity intends to bring.

Your ticket for the: Meet our Intern: Meera Govind