What I Learned At Embrace Dignity 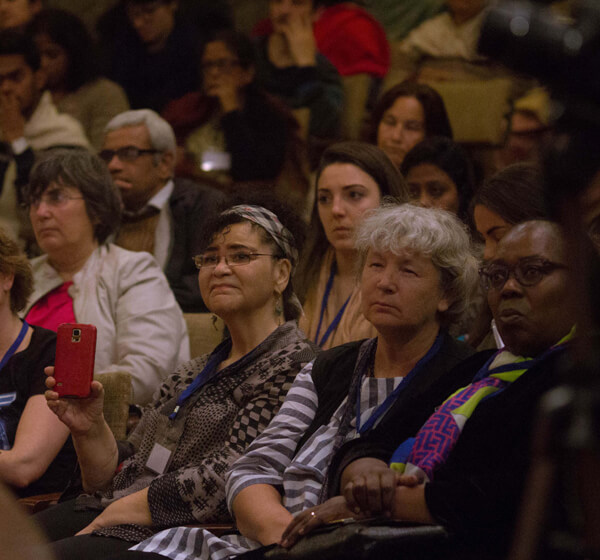 What I Learned While Volunteering At Embrace Dignity

In February this year, volunteer Morven Magari, joined the Embrace Dignity team to assist with the Survivor Initiatives Programme. Magari studied towards a degree in Women’s Studies and Independent Studies at Lancaster University in London and was also involved in organising the 2017 Feminism in London conference, which advocates for equality for women, with particular emphasis on survivors of prostitution. During her time at Embrace Dignity, she not only brought a wealth of knowledge to the NGO, but expanded on her own understanding of prostitution in South Africa.

“I returned from my short internship with Embrace Dignity in February feeling inspired, exhilarated, and recharged,” says Magari from her home in Brighton, England as she reflects on her time in South Africa.

“My ‘winter’ holiday in Cape Town had become a crash course in the world of the NGO and the volunteer, taking me to Delhi, India and the French and Swedish embassies, the Cape Town Art Fair, and the very glamorous Cape Town Men’s Fashion Week.  In contrast, there was also the shock of seeing extreme poverty existing alongside extreme wealth and the apparent disinterest and apathy shown by those with plenty to those in need,” adds Magari, who is a passionate about ensuring that women are treated as equals in the eyes of the law.

“Apartheid would seem to be alive and well and I found this contrast occupied my mind often as an exercise in the study and obscenity of human existence.”

Her time at Embrace Dignity, she says, has expanded her knowledge to the extent that she is able to have more meaningful discussions with South Africans that she meets in the United Kingdom. Such an opportunity recently presented itself during a Q and A session with a group of Cape Town artists, who were visiting London to exhibit their work at a local art gallery there.

“As we discussed the images in the Fabrica exhibition, I was reminded of the evening we attended the Cape Town Men’s Fashion Week. This led us to talk about the glamour, beauty and excitement of the event and of the many contradictions present in life, art and culture in Cape Town and South Africa today. We discussed the massive inequalities present and the urgent need for faster progress in improving the living standards of those who are excluded and marginalised in South Africa and Cape Town in particular.”

However, Magari’s experience at Embrace Dignity has allowed her to do so much more than engage in meaningful discussions.

“The experience and knowledge I gained at Embrace Dignity was also put to good use during a televised debate in which I participated on BBC a few weeks ago. One of the guest speakers was from The English Collection of Prostitutes, roughly the equivalent of SWEAT in South Africa. During our discussion, she started speaking of the failure of the Swedish Sex Buyers or Nordic Law, which we know is a lie. Thanks to Embrace Dignity, I was able to attend the CAP International congress in Delhi and had met the Swedish Ambassador during that visit, and this allowed me to dispel any notion during the BBC interview that the Swedish law was a failure. I was also able to highlight the suffering and oppression experienced by women in the sex industry, as well as the urgent need for worldwide abolition.

“I hope to be back in Cape Town in December and look forward to seeing how Embrace Dignity’s work is coming along in their new offices in Gardens, Cape Town. In the meantime, I am with the Embrace Dignity team in spirit and in my memories of our time together.”

Your ticket for the: What I Learned At Embrace Dignity

What I Learned At Embrace Dignity