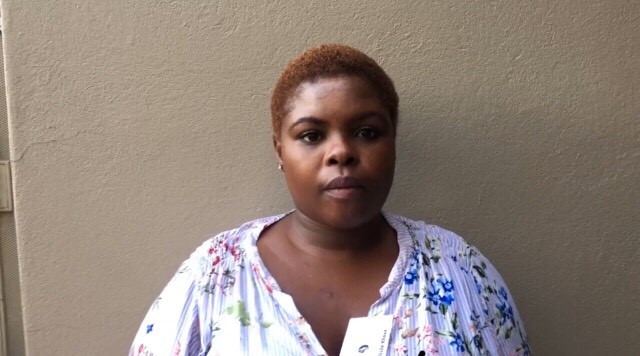 Hope all is well and you have rested well after the hard work of the elections and congratulations once again for retaining the power of governance.

With all that said Mr President my name is Thulisile Portia Khoza from Johannesburg and even though you may not recall but we have met a few times whilst you were still the Chairperson of the SANAC Civil Society Forum for I was one of the the sector leaders. Mr President I write this letter with great regret and concern but don’t worry I will lay out the regrets and concerns and hopefully together can rectify them.

Regrets: Mr President I would like to start by apologizing to you and all the members of the Civil Society Forum when you were still around. I was a sector leader of the so called “sex work sector” and did not do any justice to myself (or millions of poor south african women) because I made you believe then that decriminalizing the sex trade and making it work was the way to go I am sorry and don’t blame you for believing that because myself as a survivor of the sex trade was preaching decriminalization up to the extent that you believed it was what is best for us as women.

Mr President I regret the years those words came out of my mouth and I am truly sorry. Actually that is not the future I want for myself, my child, members of my family and even for any young black woman out there. At that time I was recruited by rich white people who have never seen a future in black people and who made me believe that selling my body, soul and morals actually exploiting me was the right thing to do. Yes I agreed because I was poor, vulnerable and uneducated and you know what they say ‘working because of hunger can be dangerous for the society’.

So yes Mr President I took the job because I was desperate and wanted out of the sex trade and needed a paying job but in the process I was destroying the lives of black women like patriarchy which was designed to control the freedoms of women especially us black women. In the sex trade we are not free as women and what kind of job does that to someone.

I speak from experience as a survivor of prostitution and believe me when I say I wouldn’t wish for even my worst enemy to go through what I went through during my time as a prostitute and I know you would wish the same if you really knew what happens. It was easy for people like you to adopt the motion of decriminalization of the sex trade because the circumstances leading to trade you have not experienced and so will not your children. I quote the words of a felow survivor when she said,” Prostitution is barbaric and circumstantial and never is or would it ever be work.”

Concerns: Mr President I was concerned when you recently announced to women in Boyseens that your government was working on decriminalizing prostitution and I asked myself some questions but one that stood out for me was the issue of crime and gender based violence. South Africa is facing crimes such as rape, killing of girls and women and more especially gender based violence which is mostly experienced in the sex trade so I ask myself what effect will decriminalizing the sex trade have when all these issues are still rising factors in our everyday lives in our communities. Instead it will give rich men more power over women’s bodies and women will be treated as commodities. A fellow survivor ones said, “prostitution is a recipe and attraction of many crimes, infact it is the gateway to gender based violence.” In short crime is still an issue in South Africa and fully decriminalizing prostitution will not change the fact the high levels of physical and sexual violence against prostituted women in this country.

With all that said Mr President I think it’s time to please listen to us as survivors of this violent sex trade and by decriminalizing prostitution you would be shattering the dreams of young black women and you would be doing no justice to this beautiful and rich country of ours. This is not what Mandela, Steve Bantu Biko, Lillian Ngoyi, Govan Mbeki,  Winnie Mandela,  Albertina Sisulu and all our Black liberation struggle heroes would have wanted for poor Black women in this country. I plead with you Mr President do not be at the forefront of a global criminal syndicate with one sole purpose of destroying poor Black women. I am tired – of all the years in prostitution I left it with nothing but scars.

Your ticket for the: KWANELE survivor Thulisile Khoza writes an open letter to President Cyril Ramaphoza