Join us in honouring all women in August 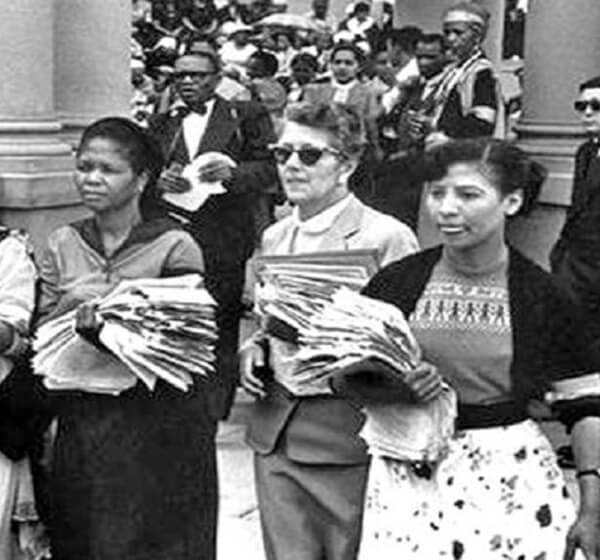 August is Women’s Month in South Africa and while we firmly believe that we need more than a women-focused month to empower women in this country, we are also taking the opportunity to shed light on the issues that prostituted and trafficked women face on a daily basis.

The Embrace Dignity team has been hard at work planning its Women’s Month programme to commemorate an important month in the country’s political calendar.

“At the same,” says Nozizwe Madlala-Routledge, Executive Director of Embrace Dignity, “we are excited about the partnerships we are developing in the process.”

On Women’s Day on Wednesday, 09 August Embrace Dignity, the South African Faith and Family Institute (SAFFI), and Woman Zone CT as well as countless individuals from community-based and non-governmental organisations across Cape Town joined forces with Artscape Theatre to participate in the annual Women’s Humanity Walk from the Artscape Theatre complex to St George’s Cathedral. The theme for this year was Uniting Cape Town Against Gender Based Violence. Embrace Dignity was one of more than 100 stakeholders who had information stalls at the Artscape Theatre complex on the day.

Later on the same day, Embrace Dignity in collaboration with Iziko Museums of South Africa commemorated Women’s Day with a panel discussion entitled The Exploitative Male Gaze on Women’s Bodies. The panel discussion will be repeated on Friday, 25 August from 15:00 to 16:30 at the Castle of Good Hope to allow more people to attend and participate.

“The discussion will explore the experiences of women in industries such as the film, modelling and sex industries that are driven and perpetuated by the exploitative male gaze. Through critical engagements with our panellists we hope to highlight some of the challenges and perhaps come up with solutions,” adds Madlala-Routledge.

Ms Akuol De Mabior, an Embrace Dignity board member, feminist filmmaker and ex-model; Mr Jannous Aukema, a fashion photographer and freelance filmmaker; and Ms Mickey Meiji, a Survivor of prostitution, the founder of the Kwanele Survivor Movement, and Civic Advocacy Coordinator at Embrace Dignity will participate in the panel discussion.

On Friday, 11 August, Embrace Dignity will launch Embracing Dignity: A photographic exhibit by American documentary photographer Alexandra Deitz at the Castle of Good Hope in Cape Town. The Embracing Dignity project is a collaborative endeavour between the artist and Sisters from Embrace Dignity. Sisters is the collective name adopted by the women that we assist to exit prostitution. The American music trio, The BETTY Effect, will provide musical entertainment on the day. The BETTY Effect uses “music and performance techniques to help women and girls worldwide communicate and connect for personal power, social progress and peace”.

“The pictures will be exhibited for the entire month of August.”

On Tuesday, 15 August, Embrace Dignity and City Mission will participate in a panel discussion at the Cape Castle. The discussion will highlight the differences and challenges faced by women exiting prostitution and men exiting a life of crime. City Mission provides support to ex-offenders who want to start with a clean slate after incarceration.

Your ticket for the: Join us in honouring all women in August

Join us in honouring all women in August