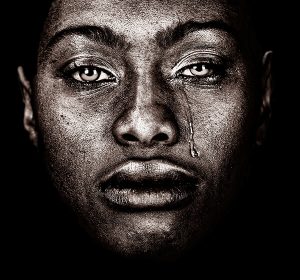 Having been born and raised in the final years of apartheid I understood that the only movement that seeks to liberate the poor, black, and oppressed, was the African National Congress “ivili elinomkhonto” as my grandmother would say. So much so that when I was old enough to vote for the first time, in the second national democratic elections in 1999, there was no doubt in my mind that the only organisation I was going to vote for was the ANC. I was awed by your courage to challenge the apartheid system and its oppression of the people.

Many of you sacrificed much more than anyone else will ever do in their lifetime. For the liberation of the people and the country, you abandoned your families and went into exile. Some of you went to prison, and others paid the ultimate sacrifice – they gave their lives so that we, your children, could enjoy freedom, justice and equality.

It would be unjust not to acknowledge that the ANC was responsible for the democracy we now enjoy.

But with all due respect my Fathers, Mothers and elders, you have lost your way, and by so doing you will find yourselves on the wrong side of history.

As a black young South African woman who has always been disadvantaged, I was deeply disturbed to hear in the news in December that the 54th ANC Conference held at Nasrec adopted a resolution to support the full decriminalisation of prostitution and its recognition as “work”. By so doing, you have sent a clear message not only to us your daughters but the whole world how you would like us and our children, your grandchildren to remember you.

Women in prostitution do not wake up one day and “choose” to be prostituted. Prostitution is chosen for them by our colonial past and apartheid, persistent inequalities, poverty, past sexual and physical abuse, the pimps who take advantage of our vulnerabilities and the men who buy us in prostitution. Most women are drawn into prostitution at a young age, some as young as 13 years old. Women and girls in prostitution have almost no resources to help them exit the sex trade. There is currently no government support for pyscho-social services or economic empowerment programs to provide alternatives for women and girls in prostitution and those who are at risk of entering this very harmful exploitative “industry”.

Twenty thousand women, some of which are still amongst you in the ANC today, marched against the unjust apartheid system to the Union Buildings and vowed not to rest until they had won fundamental rights to freedom, justice and security for us, their children. Is this the freedom these women were fighting to win – the right for the privileged and powerful to buy us, their daughters for their sexual pleasure?

Your organisation has been in government for the past two decades. During this time the rich have become richer and the poor, poorer. You have yet to effectively address the inequalities caused by male domination, our colonial past and apartheid. While these inequalities remain your 54thconference resolution to fully decriminalize prostitution and recognize it as work will, in effect legitimize the exploitation of those made vulnerable by the inequalities the liberation struggle sought to end.

The decriminalization of prostitution and its recognition as work goes against the spirit and letter of our constitution. The Bill of Rights in Chapter Two of our constitution guarantees the right to life and human dignity. It guarantees the right to equality, bodily and psychological integrity and security of the person. Under no circumstances should these fundamental rights be denied or compromised. The state is under obligation to do all it can to protect these rights, including using the limitation clause. Prostitution undermines all the basic human rights in our constitution. There is no way the decriminalization of the sex trade can be justified and be in line with our constitution.

You speak about radical economic transformation. Is the decriminalization of prostitution and its recognition as work part of your plan to radically transform the lives of the poor, black and disadvantaged economically? Since under your proposed legal framework prostitution will now be “work” will a new curriculum be introduced at schools to prepare girls for this” profession”?

Our constitution promotes equality regardless of race, gender or economic status. I fail to understand how we will achieve gender equality by promoting the financial dependence of women on men. If women are to sell sex for survival this makes them dependent on men and that does not make them equal to men but puts them at the mercy of men.

There is strong evidence that points to the fact that women and girls in prostitution suffer gross human rights violations at the hands of those who buy them for sex, those who sell and exploit them for their financial benefit (pimps and brothel owners) and the police. Yes, I agree that the violence is perpetuated by the fact these women are criminalized and therefore receive no protection from the law. They fear re-victimization by the criminal justice system. I agree they those who sell sex should be decriminalized but there is no basis to decriminalize those who buy sex and those who sell women and girls (pimps and brothel owners). They must remain criminalized. They should not be given a license to exploit a position of vulnerability caused by gender inequality, unemployment and poverty.

Women in prostitution dream of a life free from oppression, patriarchy, and economic inequalities. A life where they have access to a wider array of dignified and decent employment options, where they can participate as citizens and not a “key population”, living on the margins of society.

I urge you to remember the goals of the Freedom Charter of which you, our Fathers, Mothers and Elders are the custodians. I remind you of International Human Rights Law, which grants women’s fundamental rights to dignity, equality, freedom from oppression and exploitation and the security of the person. My Fathers, Mothers and elders, I urge you to rethink your 54th conference resolution. Those who sell sex should be decriminalized but those who buy, sell and exploit them must remain criminalized.

I hope to hear from you soonest.

This article was published on news24 on the 28 January 2018. Click here to view the article.

Your ticket for the: ANC RESOLUTION TO DECRIMINALISE PROSTITUTION FAILS BLACK WOMEN