Advocating At A Global Level 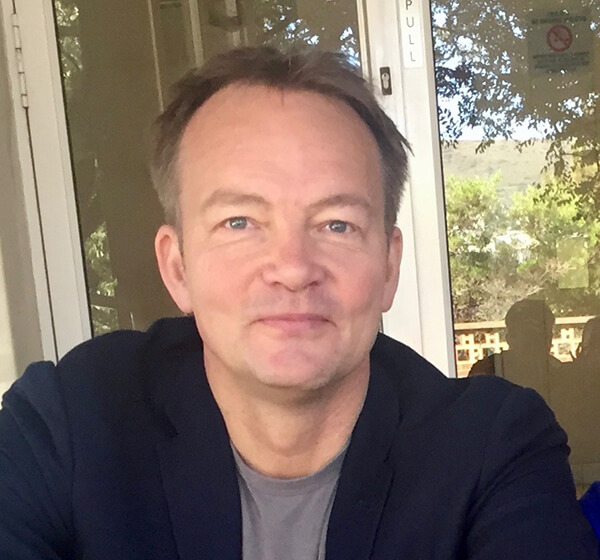 Embrace Dignity invited Per-Anders Sunesson, the Swedish Ambassador at Large For Combating Trafficking in Persons, to complement our presentation at a meeting with the Deputy Minister of Justice, the Hon John Jeffery.

“We requested the meeting with the Honourable Mr Jeffery to enquire about the progress in Cabinet on the release of the SALRC’s Report – Project 107 on Adult Prostitution, and to present the advantages of the pioneering Swedish law of partial criminalisation, which criminalises the purchase of sex while ensuring those bought and sold are not criminalised and are supported to exit. Similar laws have now been enacted in seven countries, including France last year and the Republic of Ireland this year. South Africa has the opportunity to be the first country in Africa to enact such a law,” said Nozizwe Madlala-Routledge, Executive Director of Embrace Dignity.

Sunesson has a legal background and in recent years has held various positions at the Ministry of Health and Social Affairs, including Head of Social Services, Disability Issues and Childen’s Rights. He has also been the Government Offices Coordinator for issues related to vulnerable EU citizens and human trafficking. The recognition of the close link between human trafficking and prostitution is evident by his appointment as Ambassador at Large for Combating Trafficking in Persons and his focus on effective laws to end prostitution. It is estimated that more than two million people are trafficked into slavery each year. Almost four fifths of the victims – mostly women and underage girls – are sold into the sex industry.

An  evaluation conducted by the Swedish government on of the impact of the Nordic law concluded that 80% of Swedes supported the law and that the police welcomed its implementation. The report revealed that overall levels of violence against women had decreased. Since before the law’s inception, the Swedish government has argued that prostitution is strongly related to violence against women. Since 1999, when the Sex Purchase Act first came into force, there has been no known instance of a person in prostitution murdered in Sweden as a direct result of being in prostitution. The only fatality of a woman in prostitution since 1999 (Eva Marree Smith Kullander, sometimes referred to as Petite Jasmine) was a domestic violence homicide. Kullander  was murdered by her ex-boyfriend in 2013 during a custody visit.

“We took advantage of Sunesson’s presence here in South Africa and arranged for him to meet with key role players in our advocacy for the Equality Model Law. He met with Kwanele to engage with survivors of prostitution and went on a field trip to witness first hand the socio-economic conditions in which they live,” added Madlala-Routledge.

Sunesson also participated in a dialogue with representatives of the criminal justice system, and another to which Embrace Dignity invited members of parliament. In both workshops survivors spoke on the harms of prostitution and their hopes for a life free from exploitation.

“At the same time, we shared the legal options and the advantages of this Swedish law or Equality Law as we like to call it, as it addresses patriarchy and gender inequality. We believe that by focusing on the demand, the law will also help ‘regulate prevent, deter and reduce prostitution’, criteria which were included in the brief of the SALRC investigation.”

The dialogue with the criminal justice community was attended by Judge John Hlophe, the President of the Cape High CourtMajor General (Advocate) Nombuso Portia Khoza, the Western Cape Head of the Hawks (the South African Police Service’s (SAPS) Directorate for Priority Crime Investigation or DPCI); other members of the SAPS; and Cape Town Law Enforcement. Reflecting on the significance of the engagement, Major General Khoza expressed appreciation and keenness to work with civil society organisations like Embrace Dignity to end organised crime in general and sex trafficking in particular.

“Sweden has strong historic ties with South Africa, which was formed post-apartheid, and we look forward to building on this relationship and the visit by Sunesson in advancing our advocacy for the Equality Model Law.”

Your ticket for the: Advocating At A Global Level

Advocating At A Global Level