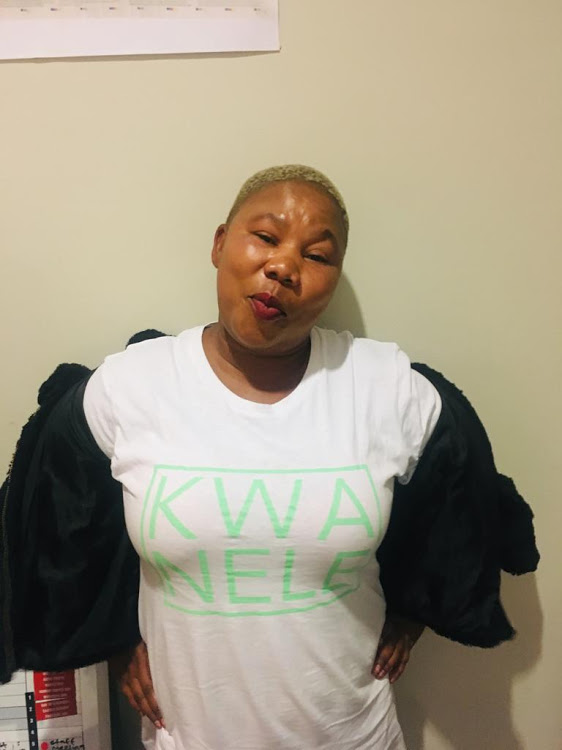 For Phindiswa Klaas, 35, working in the sex trade was not something she had ever thought about. She had grown up in Engcobo in the Eastern Cape with her mother and four sisters.

Living in a household with 13 people in the the under-resourced area like Site B in Khayelitsha, Phindiswa had little hope that a great future awaited her. Then, she met a young man who soon became her boyfriend.

Soon after they had met, he encouraged her to leave her family.

“Towards the end of 2001, I was pregnant with our first daughter, and I moved in with him, but his sisters kicked me out of his house, telling me that I am very young to stay with a man. I told them that I am pregnant with his daughter and then they allowed me to stay,” she recalls.

Then, her boyfriend took her to the neighbours who began telling her that there were job prospects in Mfuleni, which is about 5km away from Site B.

Her boyfriend gave her R20 for transport, and off she went.

“When I got there I met some ladies and said: ‘Please, I want to join you in whatever business you are doing’. I needed money and they were getting money.”

The women, seeing that she was clearly still in her early 20s, told her she was too young for such business but she was desperate for money and insisted.

But the horrors of the work soon became very apparent to her: “In that period, I quickly became more trapped in system of prostitution and my first experience is when a sex buyer dragged me to very dark bushes and sexually abused me and left me lying helpless in those bushes.”

It was two years later when she was desperate to get out of the system that she took up voluntary work for the ANC. By then, the boyfriend who had pimped her was no longer around.

“After volunteering, I got a job opportunity, a three-months contract. By that time I found a boyfriend who was also permanent working for ANC, and he married me.”

When the three-month contract was over, Phindiswa felt like her life could get back on track, but once again she had no income. She and her boyfriend had had a baby, so now she had two children, and no money.

She then found a job as a parking marshal, and still held hope that things would turn around. But the salary was so small it could hardly be called a living wage.

“Bear in mind that I was still married so where down the line my husband discovered that I’m a prostitute things became very bad at home and he divorced me,” she says, adding: “I knew what I was doing was not right and I wanted to exit prostitution but I did not know how.”

Phindiswa had another baby girl, and saw no other way of making a living. She says that the hardest part about it was doing it to feed and clothe her children, while also having to hide from them how she was making a living.

She once even pretended to them that she was selling drugs as a way of explaining her secretive behaviour. But her children remained suspicious.

After years of finding herself in sexually and otherwise abusive situations just to earn a living, Phindiswa finally joined an NGO, the Sex Workers Education and Advocacy Taskforce. Here, she campaigned with others for the inclusion of sex workers as respected and valued members of society, and carried on working as a sex worker.

But later she realised that this did not fit in with her own ideology. She felt like the sex trade had violated all her human rights and no longer wanted to campaign for it to be seen as a legitimate way to make money that should be regulated and its workers protected.

Earlier in 2019, she joined the Kwanele survivors’ movement and says: “Enough is enough.”

Your ticket for the: A female sex trade survivor : I wanted to escape but I didn’t know how to